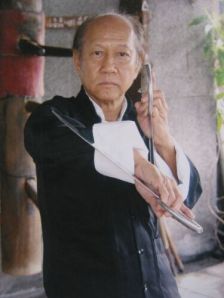 Through his efforts, he has shared this unique of Chinese fighting art, and has become something of a cultural ambassador for the Chinese people. Of course, Wing Chun is well known in martial arts circles as Superstar Bruce Lee’s first fighting style. In fact, Sifu Lo was the giant’s third senior kung fu brother in Hong Kong.

To this day, Sifu Lo still progresses in Wing Chun, continually seeking to expand an already profound understanding of his art and he also further extend Wing Chun’s philosophies and theories to apply to everyday life. 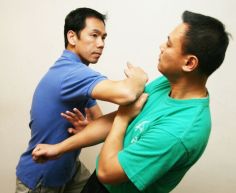 Sifu Gorden … after many years of learning, teaching, and developing Kung Fu, Sifu Lo Man Kam has also passed his art down to his son Sifu Gorden Lu in hopes that a new generation of Grandmaster Yip Man’s family will continue to lead in the promotion of Wing Chun. After completing study of the system under his father, Gorden continues to broaden his knowledge of Wing Chun under the tutelage of Sifu Lo’s close friend and junior brother, Sifu Duncan Leung.

Living in America, Gorden has started teaching, using a fresh perspective and youthful enthusiasm to guide his students. At the same time, he maintains the classical training methods handed down from his father and kung fu uncle, thereby combining the modern with traditional, and helps the foreigners easily to understand and appreciate Wing Chun Kung Fu.

Because of Sifu Lo’s international reputation, kung fu schools from around the world seek out Sifu Lo to teach at seminars and demonstrations; both Sifu Lo and his son Gorden personally teach, making these events lively and exciting, and further helping participants to absorb the art. As such, they are the only Father-Son team to conduct Wing Chun seminars in American and European martial arts circles. Currently, Sifu Gorden has followed in his father’s footsteps holding the classes to develop Wing Chun at Virginia Beach, Virginia, USA. 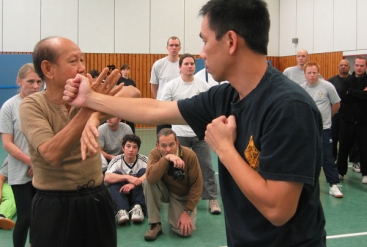 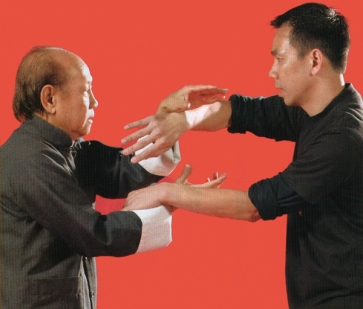